History at the E&O 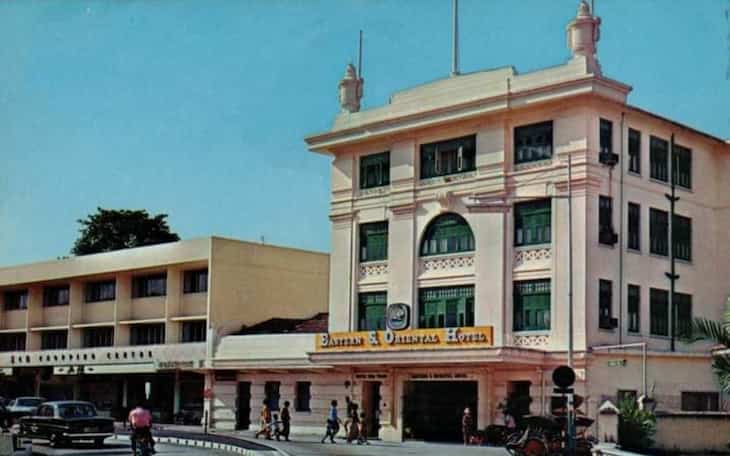 On January 27th the author Andrew Barber was invited to Penang’s Eastern & Oriental Hotel to discuss his novel ‘Fortress Penang’. 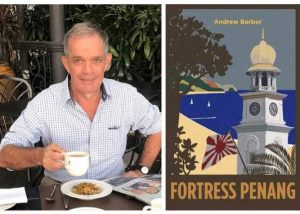 Andrew is a former British diplomat, living in Malaysia whose previous books include: ‘Penang at War’, ‘Kuala Lumpur at War 1939-1945’, ‘Malaysian Moments-A Pictorial Retrospective’, ‘Colonial Penang 1786-1957’ and ‘Doris Van Der Stratten’. Andrew turned to fiction during the lockdown and the E&O Hotel was the ideal venue for his book launch about a British spy in wartime Penang.

The E&O is a colonial style hotel established in 1885 by the Armenian Sarkies brothers who opened Singapore’s Raffles Hotel in 1887 and the Strand Hotel Rangoon, Burma in 1901. The hotel went into decline after World War 2 and was closed for renovation from 1996 to 2001. The front wing of the hotel, now its Heritage Wing, was refurbished in 2019 with the historical features restored.

On arrival guests are greeted by doormen in khaki uniforms and pith helmets as they enter through revolving wooden doors. Inside the echo dome ceiling was designed for its acoustics when orchestras used to play in the lobby. Pigeon hole message boxes set in dark wood panelling face the front desk and after checking in guests climb the sweeping staircase or take the Waygood-Otis lift, the first in 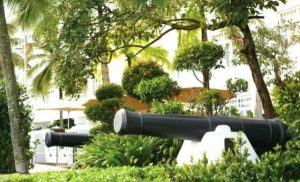 Malaysia and manually operated until the 1990s. Views from the rooms look out across the Andaman Sea and Straits of Malacca to Butterworth and the mainland. The E&O also boasts the world’s longest hotel seafront with a curving seawall and three cannons originally from Fort Cornwallis facing out to sea. On the lawn between the Heritage Wing and the Victory Annex is the oldest and largest Java tree on the island planted before the hotel was built and a popular spot for wedding photos.

Dining options include Sarkies, the Palm Court, Java Tree, Planters Lounge and Farquhar’s Bar. The latter is named after Sir Robert Townsend Farquhar (1776-1830) of the East India Company who was Lieutenant-Governor of Prince of Wales Island (Penang Island) from 1804-1805. Described as ‘a handsome vintage cocktail bar’ it serves the most expensive Carlsberg green label lager in Asia apart from the Mandarin Oriental’s Captain’s Bar in Hong Kong. It is also one of the few bars still serving stengahs –made from a half measure of whisky and soda water over ice – the drink of choice for British colonials. At the entrance is a collection of framed black and white photographs of famous guests including Tunku Abdul Rahman the first prime minister of Malaysia, Lee Kuan Yew former prime minister of Singapore and artists and film stars such as Sir Noel Coward, Douglas Fairbanks, Charlie Chaplin, Michelle Yeoh, Somerset Maugham and Rudyard Kipling.

The Hollywood star William Holden was a guest and frequent visitor to Malaysia after he came to film his 1964 movie ‘The 7th Dawn’. In 1975 a Star reporter took him to the Tunku’s beachfront home in Batu Ferringhi to discuss wildlife conservation and recorded the meeting. 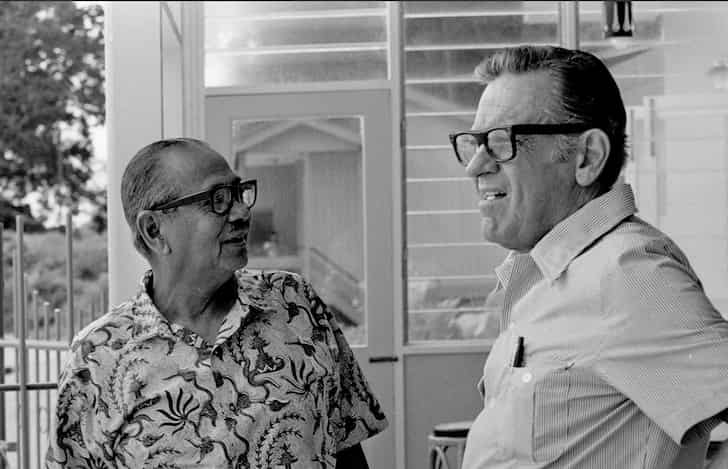 Between the Palm Court and the lobby is a seating area with a black and white photographic display selected from the collection of journalist and photographer Harrison Forman (1904-1978). Forman was an American photographer and journalist whose collection of over 98,000 images and diaries covering Tibet, the Sino-Japanese war, Chinese Civil war, German blitzkrieg on Poland and 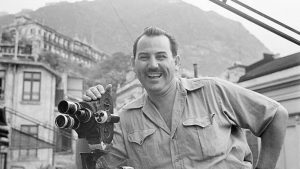 Malaya were donated to the University of Wisconsin-Milwaukee. Over 2000 images were taken in the early 1950s during the Malayan Emergency to illustrate his diary: ‘Jungle Forts’. These included Gurkha and Fijian troops, daily life on isolated rubber plantations and jungle forts built amongst the aboriginal people of the interior.

Despite international borders remaining closed the hotel’s business has clearly recovered and it is a popular choice for crazy rich Asians, local staycationers and expat retirees particularly ladies who enjoy dressing for dinner and posting photos of their food.

My only knowledge of Penang during World War 2 was that despite being declared a fortress it fell to the Japanese uncontested after the island’s European population had been secretly evacuated. Contemporary historians  contend that the moral collapse of British rule in Asia occurred not at Singapore but at Penang. I have to admire authors who spend years or even a lifetime researching specific periods or events but myself I’m too easily distracted by the next tale. Too many books too little time. 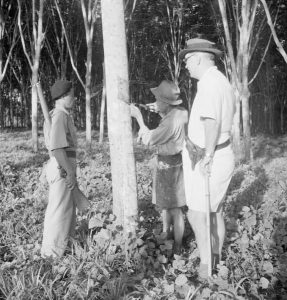 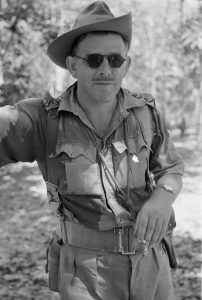 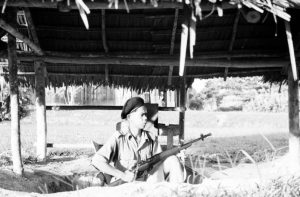 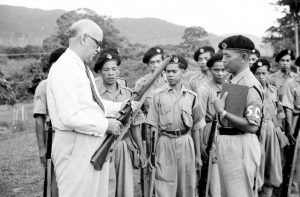 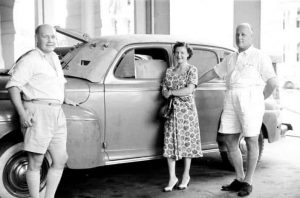 Guarding the rubber estate of Geo Mcullough during the Malayan Emergency 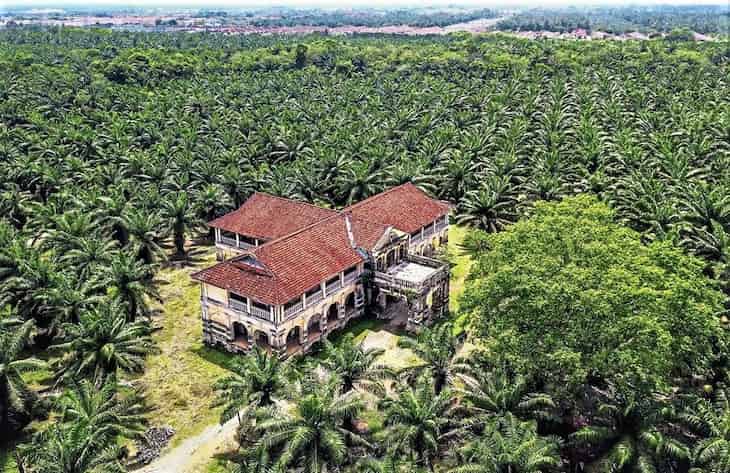 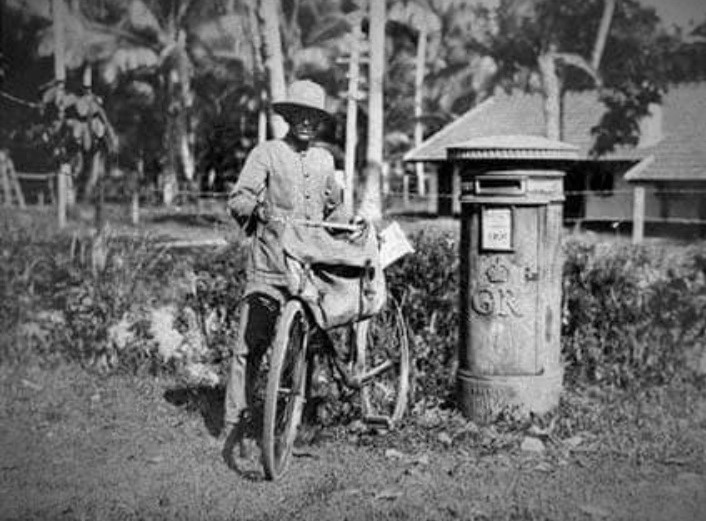 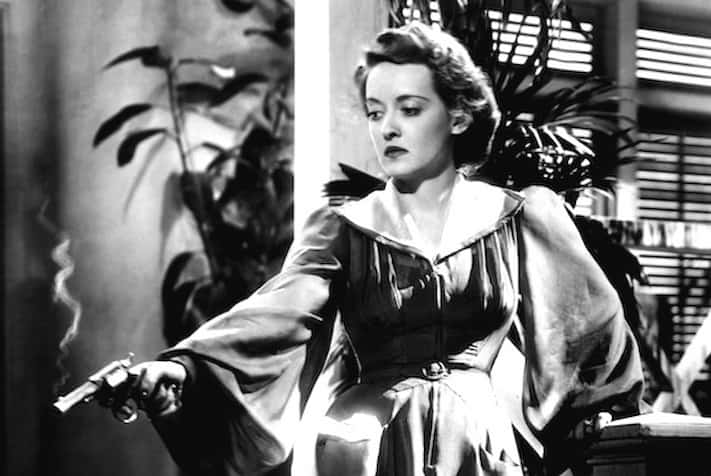