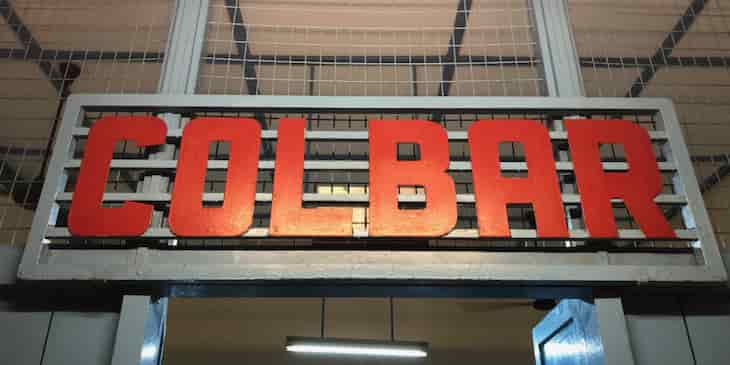 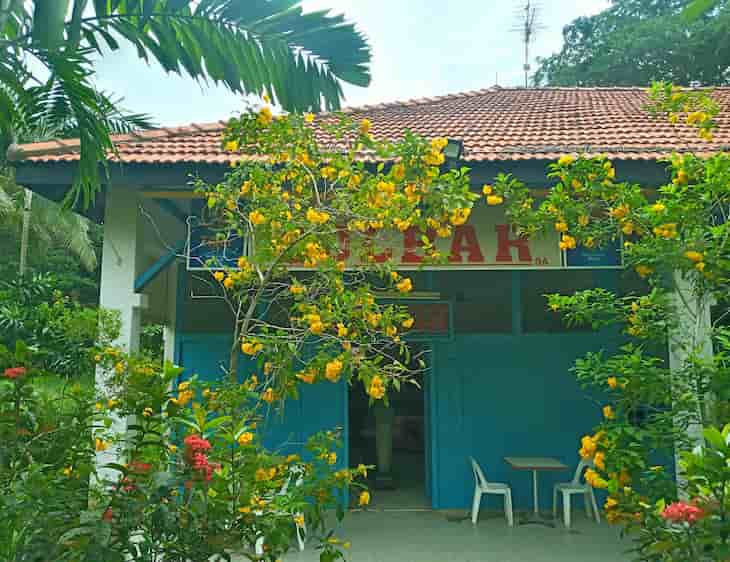 Apart from their Chinese dishes the Colbar Eating House & Milk Bar in Singapore serves chips with everything. Opened in 1953 the café is popular with food bloggers who identify it as ‘British-Hainanese’. Serving mixed grill, pork chops, omelettes, cucumber sandwiches and fish and chips the British influence is obvious. Menu oddities include boiler prawn and chips, ox liver sandwiches and chicken merry land (fried chicken, fried egg, fried tomato, beans and chips with a battered banana on top). For non-locals the Hainanese influence needs some explanation.

In the 19th century Singapore was the main entry port for waves of Chinese immigrants recruited to work in Malaya’s plantations and mines. Many stayed and since the first official census the Chinese have always been the largest ethnic group in Singapore. Hokkien speakers arrived first followed by Teo Chews and Cantonese each forming their own clan associations and triad groups to protect their welfare and livelihoods. By the time immigrants from Hainan landed the only jobs available were as domestic servants or cooks for the army and hotels. The Hainanese quickly mastered western cooking including how to incorporate strange condiments like Lea & Perrins Worcestershire sauce, HP sauce and mustard into their dishes.

One of the most famous of their clan was Ngiam Tong Boon, who created the Singapore Sling at Raffles Hotel’s Long Bar in 1915. During the depression of the 1930s many opened coffee shops (kopitiams) in the Beach Road area popularising their fusion food like Hainanese chicken rice, breaded pork chops and chicken pot pies. It wasn’t until the hotel boom of the 1960’s that genuine western restaurants with western chefs invaded the island and became fashionable.

Abbreviated from Colonial Bar the Colbar is a family run business opened by Mr & Mrs Lim on Jalan Hang Jebat that became an unofficial canteen for British Army troops garrisoned nearby. In 2003 the café once described by Time Out magazine as:

‘a glorified tin shed locked in a time warp’

was marked for destruction to make way for a flyover. It was saved by a petition, dismantled and re-located 300m away to its current site on Whitchurch Road in the Wessex Estate.

The Wessex Estate is a quiet, tree covered neighbourhood opposite Queenstown’s high-rise blocks of flats built in the 1960s as a new town. The estate is made up of 26 apartment blocks and 58 semi-detached houses dotted around Westbourne Road, Weyhill Close, Whitchurch Road, Wilton Close and Woking Road. The blocks have the names of British army campaigns and battles including Arras, Corunna, Khartoum, Plassey & Quebec clearly printed on their facades. Built in the 1930s & 40s in the black and white style they housed British non-commissioned officers and their families during the Malayan Emergency. Of the 500 odd black and white houses that survive in Singapore less than 100 are privately owned the rest owned by the government. Managed by the Singapore Land Authority monthly rents vary from around S$5000 to S$25,000.

The Colbar café constructed from concrete and wooden boards sits on the Wessex village square, un-airconditioned and shaded by trees. Indoor and outdoor seating is available but most customers prefer to sit on the terrace under ceiling fans. Wooden planking from the original location has storyboards explaining the history declaring Colbar:

‘a gastronomical oasis for liver and onions or lamb chops’

Orders are placed at the counter and served by an old Chinese Uncle with a bottle of HP sauce automatically plonked down for western customers. 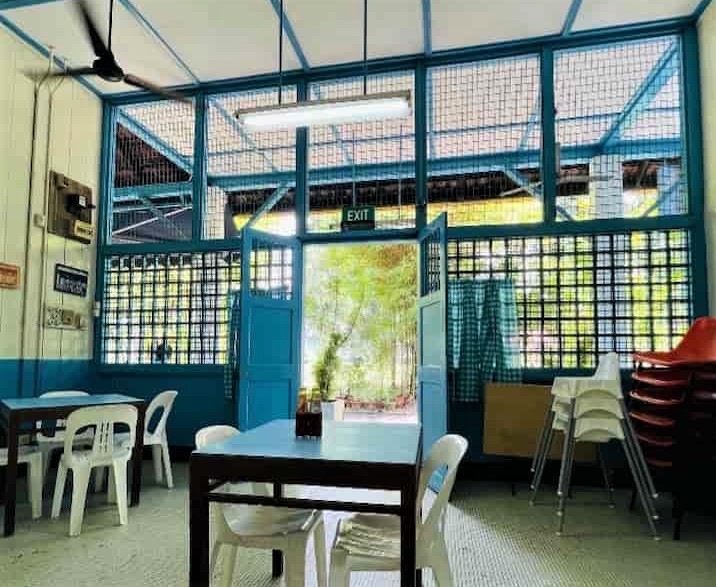 In UK the introduction of national service in 1949 for all men aged 17 to 21 coincided with the start of the Malayan Emergency. For national servicemen Hong Kong was the plum Far East posting. The threat of communist invasion wasn’t taken seriously, working days were short and there was plenty of sport and recreational activities. Singapore came second followed by Malaya provided you weren’t jungle bashing in the infantry.

Richard Vinen in his book: ‘National Service A Generation in Uniform 1945-1963’ described the meals served to army recruits:

‘Food – never notable for its quality in any part of the British armed forces – was revolting’.

For young men brought up with wartime food rationing and austerity places like the Colbar served up what they had been missing at home together with a few safe Chinese dishes like sweet and sour pork and fried beef with ginger.

Colbar’s selection of Chinese dishes is similar to the cuisine developed by Chinese after the Second World War in the UK to suit British tastes. The rise in the number of Chinese restaurants is attributed to refugees fleeing from the Chinese civil war and also to British servicemen returning from Hong Kong with more exotic tastes. The food was mostly Cantonese with bread and butter, pies and chips wisely included on the menu. 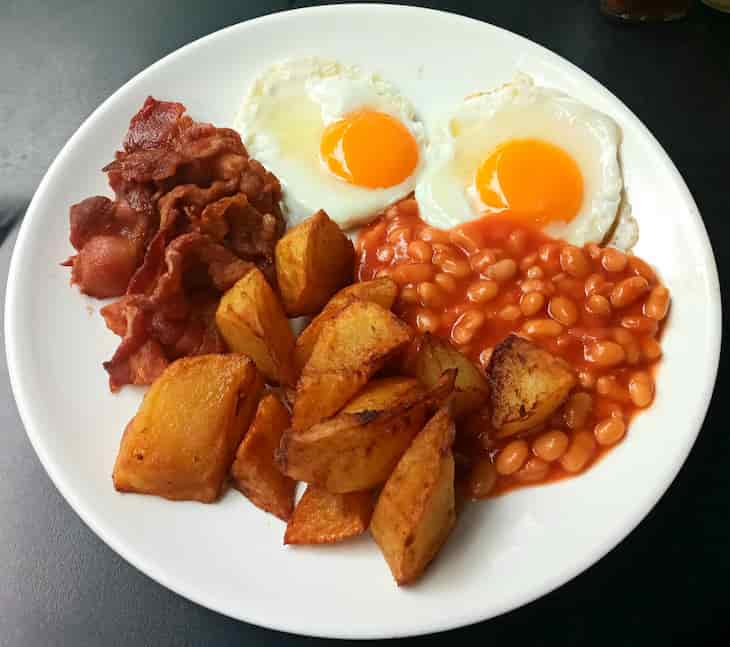 ‘Milk Bar’ is painted in white on the Colbar’s roof tiles and just like the food the drinks menu hasn’t changed since opening. Lipton and Nescafe are the only tea and coffee choices along with Tiger beer, orange squash, Milo, Horlicks and a selection of milkshakes. In 1950’s Britain ‘teenagers’ were still a new concept associated with the post war boom and the rise of rock and roll. The British academic Richard Hoggart in his ‘The Uses of Literacy’ wrote about ‘Juke-Box Boys’:

‘young men between the ages of 15 and 20’ who ‘spend their evening listening in harshly lighted milk bars to the nickleodeons’.

Politicians debating juvenile delinquency called them ‘milk bar cowboys’ but many would soon find themselves in Malaya which after Korea was the most dangerous posting for national servicemen. 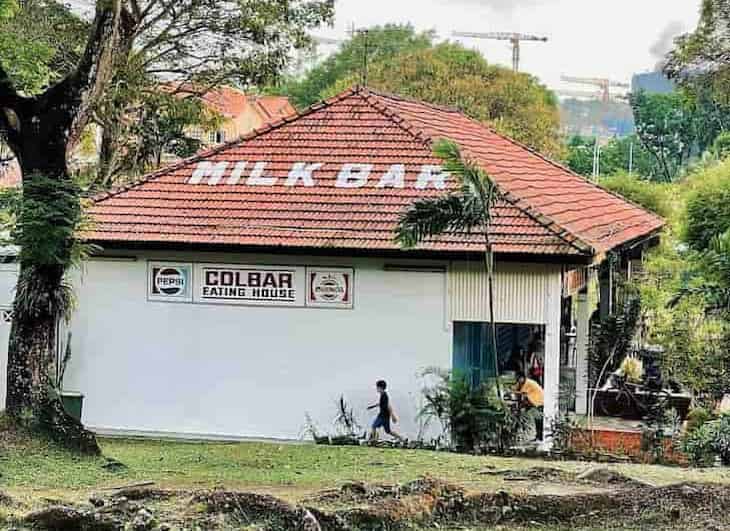 The last time I visited Colbar on a Saturday lunchtime the outdoor seating was packed with dog walkers, expat, local families and students all tucking in. The clientele may have changed but the food has stayed the same stuck in a 1950’s time warp. I’m still curious whether Mr. Lim and his family eat from their own menu or if they really can’t believe what foreigners will pay for. 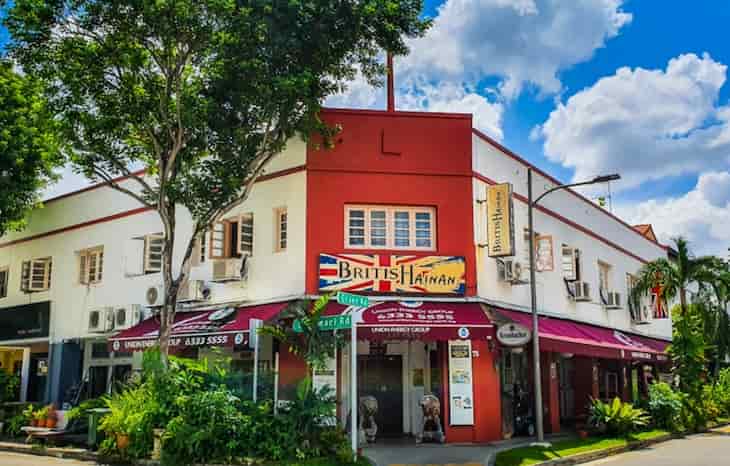 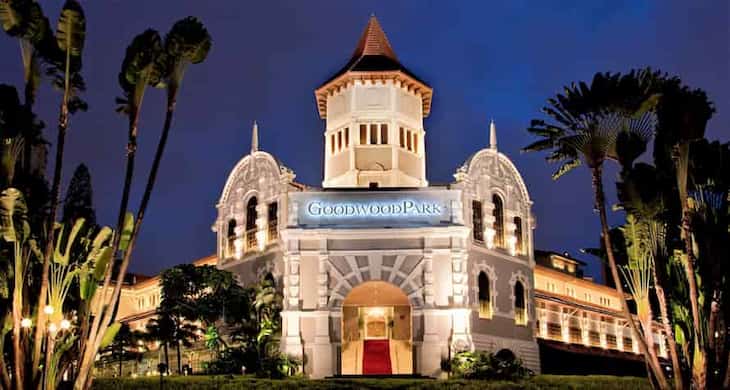